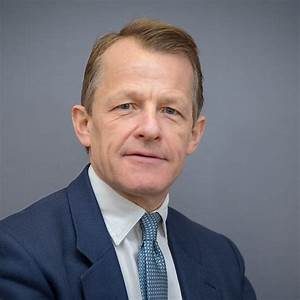 As I write this article, UK politics continues to be dominated by Brexit, which is crowding out everything else, and distracting attention from other key domestic policy challenges such as Education. This seems unlikely to change soon – even a resolution of the debates about how the UK exits the EU is likely to quickly usher in speculation over how long Theresa May stays as Prime Minister. Before long, it could be all change again at the top – with a new Prime Minister, and quite possibly a new Chancellor and Education Secretary. Who occupies these key posts will matter a lot in setting policy direction. But none of us has the ability to look into the future, so the education system needs to continue with its work and let politics sort itself out.

Some in education are understandably frustrated by the government’s limited attention span for non-Brexit business. Others see this time as a disguised (well disguised!) blessing – the education system can get on with its work with less than normal political interference. The truth, as ever, is probably somewhere in between. But there has rarely, if ever, been a better time for the "school-led system” to emerge. Politicians are looking for solutions, and after a long period of frenetic change, I sense that most are willing to listen a little more to those in education with constructive proposals to make, rather than handing down policy from "on high”.

For now, the drive to "academise” at all costs has halted. Policy makers begrudgingly recognise that while some academy providers are doing a great job, others aren’t. Academisation hasn’t been a magic bullet. But neither was Local Government oversight of schools. Structural change for its own sake isn’t likely to make a huge difference. Instead there are more interesting questions – why are some school groups more successful than others, and how can we spread success throughout the system? Are we heading for a future in which groups of schools – whether LA schools or academies – need to be working formally together to deliver cost effective education solutions, and to pool high quality teaching, leadership and staff development resource?

On future reform of the schools system, and on funding, we need a strong, measured and constructive voice – talking to policy makers and leading debate amongst the school system.

How do we develop better systems to train our new teachers, develop the skills of the teaching workforce over long careers, and deploy some of our best teachers more effectively into our most challenging schools? Some of this may require support from government, but much will depend on the schools system itself developing effective solutions, from the bottom up.

Ministers are at home in making simple, national level decisions. What should the core curriculum be? How difficult should GCSEs be? How much money should schools have? Are academies to be preferred to LA schools? I’m not saying Ministers always get these decisions right (they don’t!), but the decisions can seem easy to make and the implementation should in theory be straightforward.

But when it comes to more complex and arguably more important decisions – how to run an effective school group, how to design a good teacher training programme, how to spread across the school system the practices seen in the most effective schools – politicians are much more at sea. It is in resolving these crucial and complex issues that the "school-led system” and organisations like CST could really help – help in designing better national policy and help in the crucial and tricky area of implementation. In that sense, the Brexit challenge could be a big opportunity – an opportunity for school system leaders to "step up to the plate” and prove that education policy isn’t just about waiting for the next ministerial team to come along.

Of course, we could all do with a resolution soon over the uncertainties over funding. Brexit has so far delayed the three year Spending Review that was due in July 2019. But there should still be such a Review before the year end. As a nation, it is clear that we are a relatively generous funder of higher education, but that our funding of the early years and 16-19 phases looks modest and in need of extra support. On primary and secondary school funding, there is a much more polarised debate between school leaders and Ministers. Schools point to the recent 8% real cut in funding per student. Ministers draw attention to the large rise in school funding since 2000, and the relatively good protection of schools under the Coalition. The truth is that over the long term (since 2003/04) the widest measure of school spending per pupil has risen by about 14% – or 1% each year. Most of this will have been gobbled up by higher pay, certainly before the crash of 2007/09, and the austerity which followed. So, over the long term there has been neither feast nor famine, but no one can deny that more recently, there has been a real squeeze – and this could easily set back some of the progress made in closing the attainment gaps between rich and poor.

On future reform of the schools system, and on funding, we need a strong, measured and constructive voice – talking to policy makers and leading debate amongst the school system. There is plenty for you to do!