July 2022 edition: The Importance of Honesty within the Teaching of British History 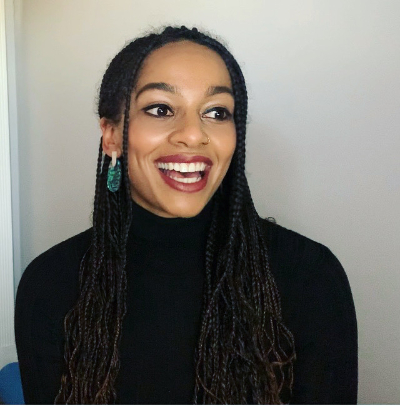 The Importance of Honesty within the Teaching of British History

Funmilola Stewart, Head of History and Anti-Racism Lead at Dixons Trinity Academy shares her reflections on the powerful closing keynote offered by the historian and film maker David Olusoga OBE who challenged us to ensure demography is not destiny and that history should not be a place to go for comfort, but to be challenged, and to confront difficult things.

Remarkably, within less than one hour, David Olusoga was able to encapsulate the experiences of minoritised students across the country. Disconcertingly, the memories he recounted also held resonance across generations. We were simultaneously captivated and sombred as David recalled the harrowing nature of the overt racism he experienced at the hands of the National Front at home - racism that was only perpetuated by the ‘dishonest’ curriculum he learned in school. As I listened, I did not only hear David’s words, I felt them. I felt the marginalisation. I felt the alienation. I felt the overwhelming sense of disappointment upon the realisation that our education had denied us, and so many others, access to the truth about our histories.

David spoke fervently of the need to steer the teaching of British history away from being a ‘soft play area’. By this, he was referring to the tendency to teach history through a nostalgic lens, a lens that reflects only the warm, heroic experiences of Britain’s past, and one that is blind to the cold, iniquitous truths that occurred along the way. David highlighted the absurdity of teaching the prosperity of the Industrial Revolution’s cotton mills, whilst disregarding the chained lives and deaths of the African Americans, who were forced to lay the foundations for Britain’s success. Together, we reflected on the diversity amongst students within schools across the UK. We deplored the potential harm inflicted upon on our students, should we fail to teach the honest experiences of their ancestors in favour of histories that feel more ‘comfortable’ to explore. Despite attending secondary school decades apart, David and I were united in our experience of the collective amnesia that too often characterises the teaching of British history.

Honesty within the teaching of history is central to the development of both minoritised students and students of the dominant culture. This became clear through David’s recollection that the racist bullies from his childhood were also exposed to the National Front, whose abhorrent rhetoric remained unchallenged through the incomplete histories delivered within school. I, too, recalled my experiences of attending a predominantly white British school, in which I felt hyper visible in the classroom, yet simultaneously invisible in the curriculum. My emotions were at the forefront as I recollected the penetrating stares from my peers, and concurrent lack of eye contact from teachers, as the latter whispered the word ‘Black’ during our minimal education on the experiences of enslaved Africans, and in skirting around that terminology in discussions surrounding ‘Crooks’ from of Mice and Men. Perhaps, had we been taught a more honest and representative curriculum, I would have been more confident in the classroom, and my peers less confident in muttering racist comments and scrawling racist graffiti on the walls.

Both David and I recognised that some progress has been made in this area over the years and I, in particular, explained the fluctuation in my feelings surrounding this. In my experience, the most significant attention to curriculum adaptation has emerged in response to the murder of George Floyd in May 2020. In the subsequent months, a range of organisations, schools, and teachers, vocalised their commitments to transforming their teaching of Black history, and to challenging racism within their schools. Perhaps surprisingly, my initial, internal, reaction to this was anger. Anger that it took the televised murder of a Black man for educators to realise the urgency in addressing such issues. Subsequently, I entered a period of mourning. I mourned for Breonna Taylor, Sandra Bland, Eric Garner, Philando Castile, and the many more Black victims whose lives and deaths had not been deemed worthy of the same reflection. I also thought of David Oluwale, who was chased to his death in Leeds in 1969, and recognised the recurring sense of amnesia which so often prevents Britain from acknowledging its own past. Once I had reflected on this, and saw the materialisation of the changes that schools and teachers had promised to make, I began to feel hopeful. Entire schools had begun to transform their curriculum and to recognise the need for honesty and diversity and a plethora of resources began to emerge.

Despite attending secondary school decades apart, David and I were united in our experience of the collective amnesia that too often characterises the teaching of British history.

More recently, however, I worry about a loss of momentum and a return to a curriculum that ignores fundamental truths. It’s disappointing to see what appear to be heightened criticisms of schools’ decisions to embrace a more honest teaching of British history. Worryingly, some have even questioned the legality of teaching such histories.

Both David and I are in agreement that challenging epistemic injustice and pushing for more honest history teaching is not merely a changeable political stance, but a recognition of the real lives and experiences of the students in front of us. We have a shared responsibility, across the education system, to improve the experiences of future generations.

David Olusoga’s most recent book Black and British: A Short, Essential History won the Children's Illustrated & Non-Fiction book of the year at the 2021 British Book Awards. You may also wish to read the paper that Funmi Stewart co-authored with Jenny Thompson on Powerful Knowledge as Social Justice and Steve Rollett’ s insightful reflections on Curriculum Decolonisation as a Disciplinary Process is here.