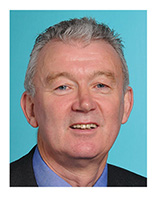 As the sector body for School Trusts, CST developed a draft set of Core Responsibilities for School Trust CEOs earlier this term. This was done following research, and in consultation with serving CEOs. In October, CST undertook a consultation on the draft. It was pleasing that so many people and organisations considered this important enough to devote time to comment on it. CST has subsequently thoroughly reviewed the draft and made amendments to address the issues raised.

Overall, the consultation responses were extremely positive both in terms of recognising that this was a task that needed doing and with respect to the content of the draft Core Responsibilities. A typical response was "This is a good piece of work and accurately captures the nature of the role.”

They aim to underpin key aspects of leadership development and governance by offering a framework to inform executive performance review, executive development, organisation design and recruitment.

In developing these Core Responsibilities, it was important to specify who they have been produced for. They have been determined for the person who is the Accounting Officer for the Trust and has an overarching, strategic role. It was however recognised that the Trust Leader of smaller and single academy Trusts will have the same Accounting Officer responsibilities as those leading larger Trusts. These Core Responsibilities can therefore also be used for leaders of smaller Trusts, recognising that the major difference will not be in the responsibilities themselves but in the way they are enacted in practice.

The Core Responsibilities build upon existing standard-setting work, including the 2020 Headteachers’ Standards and have been developed to act as baseline benchmarks for all CEOs. They aim to underpin key aspects of leadership development and governance by offering a framework to inform executive performance review, executive development, organisation design and recruitment.

There was universal support in the responses for the inclusion of a broad statement of job purpose. However, it was suggested that this should start with the responsibility for the education of all pupils in the Trust’s academies and that revision was made.

There was very strong support for the inclusion of a statement on ethics and professional conduct with many respondents emphasising the importance of the Nolan Principles.

The draft had identified six interlinked areas of a School Trust CEO’s Core Responsibilities. These are:

There was very strong support for the need to codify the role of a Trust CEO in this way. The high-level view of presenting the Core Responsibilities as these six interlinked areas was well supported. These were considered to be clear and well-pitched. However, there was a recognition from respondents that the responsibilities should not prescribe a specific model of operation for Trusts. The draft responsibilities were therefore reviewed to ensure that they were not over prescriptive in terms of operating models e.g., curriculum organisation, and degree of centralisation.

The response to the consultation identified aspects of responsibility that were missing or not given sufficient emphasis in the draft, and this has led to a number of changes. For example, it was indicated that safeguarding should be a strategic issue and not merely a matter of compliance, and that although ambitious standards for all pupils were at the front of the Quality of Education section, there was no mention of dealing with educational inequality. Respondents also proposed that equality, diversity, and inclusion should be more clearly identified, as should staff well-being. There was strong support from many respondents for the System Leadership and Civic Responsibility section although many felt the draft was under-developed, so this section has been enhanced.

A section in the paper was added to emphasise that although a CEO will hold, and be accountable for, all these Core Responsibilities, it is recognised that they will meet some through the successful leadership and management of teams and individuals. The paper makes clear that it is not expected that the Core Responsibilities will be enacted operationally, in all cases, by the CEO.

There was strong support for the inclusion of the Accounting Officer role as an appendix given that it sets out the statutory responsibilities of a School Trust CEO. In response to some of the comments in the Strategic Leadership and Governance and Accountability sections, an appendix on ‘Working with the Trustees’ has been added. This appendix looks to address a key issue identified by respondents regarding the need for clarity related to the CEO working under the oversight and direction of the Trust Board and being accountable to the Board. Several respondents mentioned the confusing terminology around Trust leadership and welcomed the clarification of roles given in the appendix. This revised appendix also looks to give some clarity regarding Trust sizes.

Back to all December 2021 edition articles